The restaurant world has been buzzing about Danny Meyer’s decision to get rid of tipping at every Union Square Hospitality location. Danny Meyer is calling this new system “hospitality included.” He will be rolling out this system at all of his restaurants throughout the course of a year. As these changes take place, we will see his menu prices raise. This is because there are laws and regulations determining which positions in a restaurant can receive gratuities. But, Danny Meyer and his team believe hospitality is a team sport. And, because of this, he sees tipping as an unfair practice to his employees. In lieu of tipping he will be raising menu prices at all of his locations in order to pay all workers the wages they deserve. With these changes, the total cost of dining at one of Meyer’s restaurant will not differ much from what you pay now. Meyer is understanding that diners may “feel stripped of their sense of autonomy.” His response to this concern is that he will be implementing an online-feedback system, where diners can praise, or bemoan, their dining experience.

The first restaurant to undergo this transformation will be the Modern. So, starting this November, the next time you dine at the Modern there will no longer be line for the tip on your check, you will not be expected to leave cash on the table, at the bar, or with the coat check. Tipping has been eliminated.

If anyone can successfully abolish the hospitality industry’s long tradition of tipping and transform the financial future of restaurants, it’s Danny Meyer. In an interview with Eater’s Ryan Sutton, Meyer outlines his plan to eliminate tipping at every single one of his Union Square Hospitalityconcepts, over the course of one year, and raise his menu prices as part of a system that he’s calling “hospitality included.” The first restaurant to implement the change will be the Modern: The cost of each dish will go up 30 to 35 percent (to account for what Meyer calls a “labor of wrong”), there will be a note on the menu about the new policy, and, unlike Per Se, there will be no space for guests to write in additional tips. And since adding a “service charge” has tripped up restaurateurs —Keller got slapped with a $500,000 fine — “hospitality included” will benefit every single staffer employed by his company. It will allow Meyer to properly pay low-earning cooks, who won’t benefit much at all by New York’s increase of the minimum wage.

The new starting salaries for Meyer’s employees are as follows: At least $11 per hour for back-of-the-house staffers, $14 per hour for cooks, $9 per hour for dining-room staff — and, writes Sutton, “all staffers who are currently tipped will see their base income fortified by a revenue share program.” Eventually, salaried employees will receive more money, too, and overall, payment will better reflect merit and seniority. 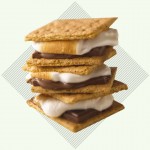 10 Christmas Party Themes You Haven’t Thought of Yet 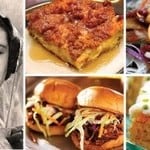 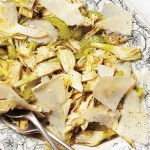 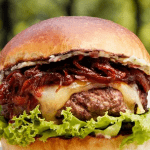 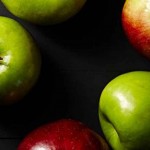